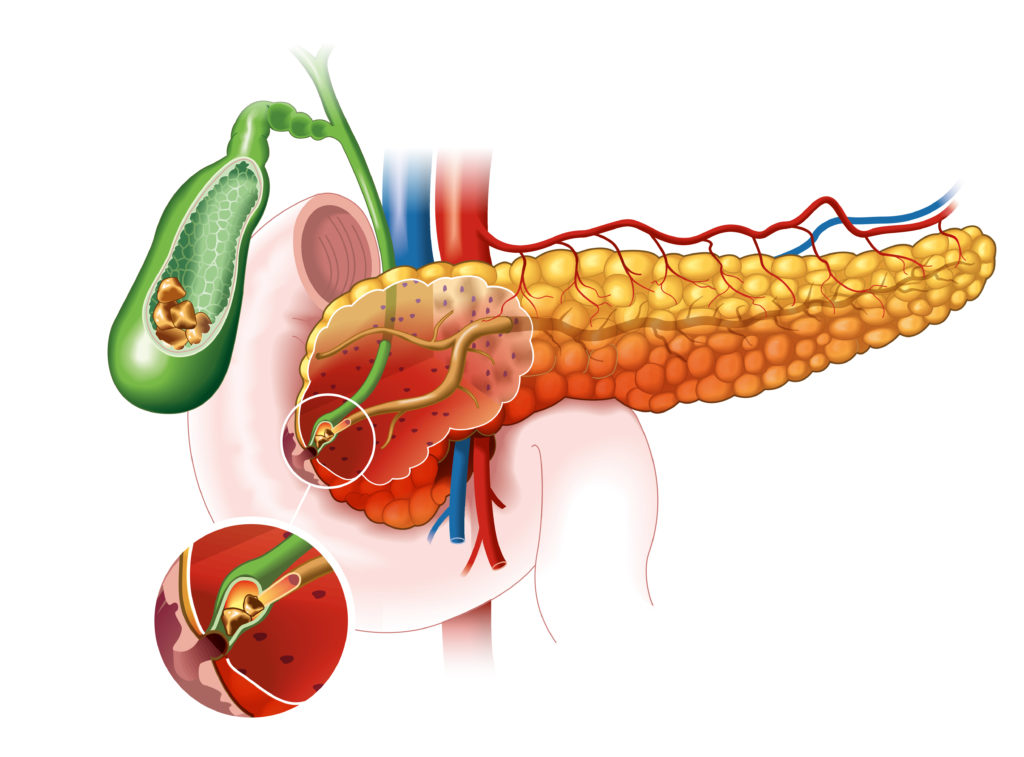 Where is the pancreas?
The pancreas is covered by the stomach and the liver and is in front of the aorta ad the inferior vena cave – two important blood vessels. The pancreas has three parts. These are:

What does the pancreas do?
The pancreas produces digestive enzymes (which help digest fats, sugars and proteins), which are collected in the pancreatic duct before being emptied into the duodenum. Small cells called the Islets of Langerhans are found throughout the pancreas. These cells produce hormones that are delivered to the bloodstream and help to regulate a number of the body’s functions. The most important function that the pancreas helps to regulate is the level of blood sugar in the body.

How can a tumour be treated?
If you experience the symptoms mentioned above, your doctor will perform a scan to check for a tumour and other signs, such as dilated bile or pancreatic duct. If your doctor diagnoses you with pancreatic cancer, and cancer has not spread beyond the pancreas, he may recommend the Whipple procedure or pancreatic–duodenectomy.

What is the Whipple procedure?
The Whipple procedure can take up to six hours to perform. After being prepared for surgery and placed under anaesthesia, the abdomen is prepared with an antiseptic formula and covered with a sterile drape. Your surgeon will make an incision in the abdomen, allowing him to look carefully at the tumour. If it has not spread to the surrounding areas, the tumour can be surgically removed. In order to remove the tumour, the gall bladder is mobilized and the bile duct and duodenum are divided. This allows the stomach and Pylorus valve in the duodenum to be preserved. This procedure is known as a pylorus-preserving Whipple procedure. During a classic Whipple procedure, a part of the stomach is removed.

An important part of the procedure is to remove the pancreas and the tumour from the blood vessels that provide blood to the intestines and liver – the Superior Mesenteric artery and the Superior Mesenteric and Portal veins. The jejunum is also divided, allowing the tumour to be removed. Once the infected tissue is removed, the rest of the pancreas is reconnected to the small bowel, and the bile duct is connected to the jejunum.